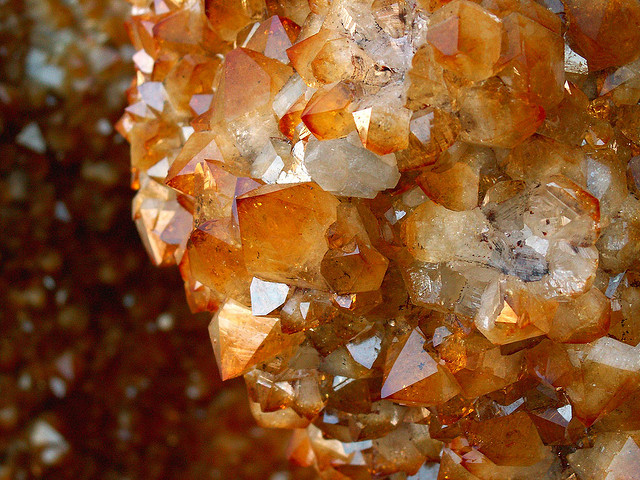 The citrine crystal is a yellow to golden quartz that resembles topaz.

Citrine is the stone of growing your wealth, joy and love. It is said to start increasing your cash flow. It’s also the stone of the mind and is said to help increase psychic power if you place it on your forehead. Citrine helps with self esteem issues and protects negative attacks. It can help open your mind to clear new thoughts and is a healing stone. It may be beneficial to the endocrine and digestive systems and helps by cleansing and eliminating poisons and aids in digestion and helps to heal constipation and diabetes. It is said to calm and sooth distress and relieves depression.

Citrine is associated with the Gemini and Leo Zodiac signs, the planet Jupiter and is November’s birthstone.

Red or fire agate is an olivine chrysolite that is usually green in color.

Agate is a protection stone and possesses some strong grounding powers. It can help calm and bring safety and security. Fire agate is the perfection stone which helps attain spiritual fortitude. Since it is a fire element stone, is also helpful to improve sexual activity while stimulating vitality and is associated with the base chakra. It is said to inspire inner knowledge and to help resolve problems, addictions and other destructive desires.

Red agate may be helpful in healing the stomach, nervous and endocrine systems, reducing hot flashes and strengthens night vision.

Peridot is an olivine chrysolite that is usually green in color.

Early Christians considered the peridot sacred and some Catholic Bishops may wear a ring of peridot and amethyst as symbols of purity and morality. It was also once thought to be a gift of Mother Nature as a stone of springtime. Peridot is the stone of lightness and beauty, and it should only be used by the clear of mind. The beauty of the peridot may not be understood by people who have too many problems of this earth. You can wear it on a pendant with the stone touching your throat, if you need it soothed and to protect against negative emotions. Peridot is associated with protection, money and healing.

Peridot has been said to assist in healing the gall bladder and liver. Primarily, the Zodiac sign peridot is associated with is Libra, however it can also be in tune with Pisces, Gemini, Leo and Virgo. It is also the 16th anniversary stone. 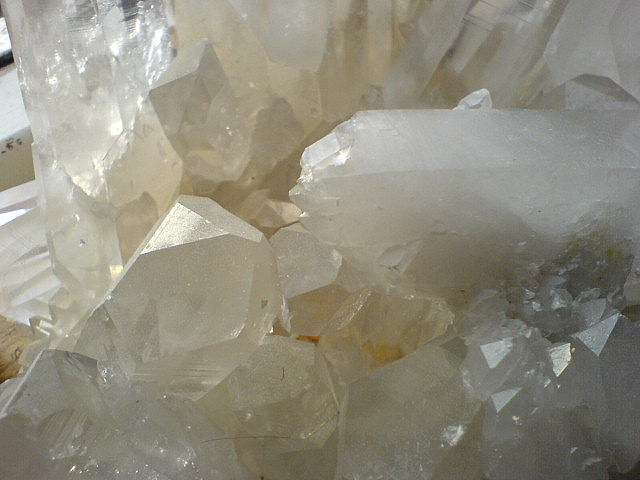 The crystal is a clear common quartz that is usually clear white in color.

The crystal dates back to ancient times and is said to be used in healing as a crystal point amplifier for the energies of other stones. It too, like the rose quartz, may be used to grow romantic love and also has cooling powers, as it was originally believed to be a form of ice crystals that would never melt. Crystals are often used in meditation and occur and are cut into a variety of shapes and sizes, which help focus the power within them. Often, you can find them in a point or a ball.

While the crystal may not work on the same wavelength as negative people, it is said to be attuned to those humans who are seeking to really understand themselves.

The crystal is associated with the planet venus, and is associated as an April birthstone and the Pisces, Leo and Capricorn Zodiac signs. 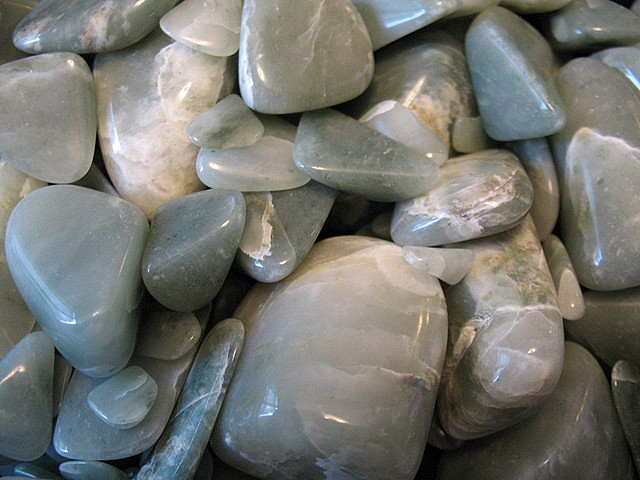 Aventurine is a lucky stone that exists in green, blue, yellow or red and is in the quartz family.

It is said that Lady Luck may help you out if you keep a stone of aventurine in your left pocket while you’re trying to win money, whether through the lottery or gambling. Aventurine is the stone of opportunity, chance, and luck. It is used to help with nearsightedness and has a stabilizing effect on the emotions. It is excellent for teenagers. Aventurine can greatly diminish effects of domestic strife between spouses and brings optimism and a zest for life.

In the Ayurvedic (Hindu) astrology, Green Aventurine is a Libra birthstone. It can help the Libra individuals to enhance their will power and keep negative emotions under control. As Libras are often very indecisive in their actions, Green Aventurine can instill some definite sense of purpose in them. (birthstones.me)